Thomas Francis Hammond of Angle House died in 1934, leaving his fifth wife, Annie Elizabeth (née Beadle), a widow. Thomas Hammond and his father, Francis, had been extremely successful, and between them had purchased and redeveloped a sizeable portion of the centre of Hebden, including Bank View cottages, the lower part of Chapel Lane from Laburnam Cottage round to Angle House, Green Terrace, and the three properties on Rose Bank. He also owned Rose Bank Farm, which his father had farmed. It is believed that Hammond disposed of the Green Terrace properties in his lifetime - the Post Office was certainly sold to Wilfred Waddilove in 1931.

After Hammond died, Annie Elizabeth moved to Harrogate, where in 1939 she was living in a hotel and supporting herself by "private means". It is suspected that she a life-interest in the estate.

It seems that an attempt was made by the executors, James Batty and Frank Tattersall, to sell the estate on the 8th June 1935, as shewn in the newspaper advertisement below. However, it doesn't seem to have succeeded, as they put the same properties up for sale again on the 23rd of June 1952, soon after Annnie Hammond's death.

The following sales catalogue for the 1952 sale is in the care of Alan Stockdale. The first image is a newspaper advertisement for the 1935 sale.

Advertisement for the 1935 sale 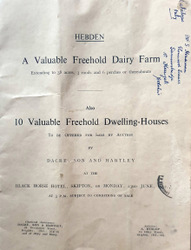 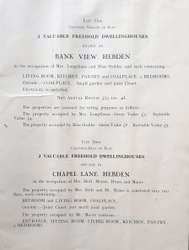 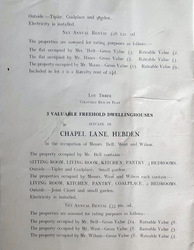 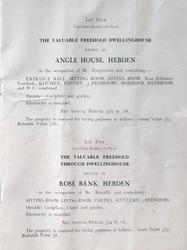 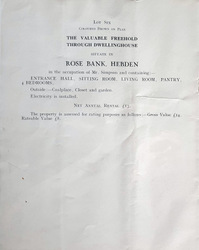 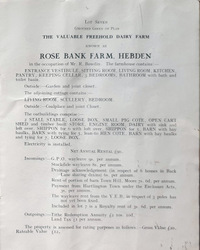 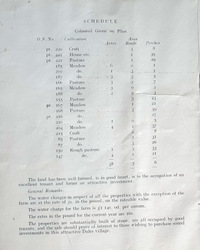 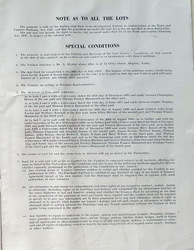 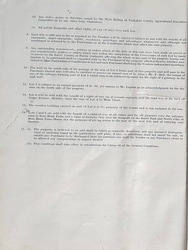 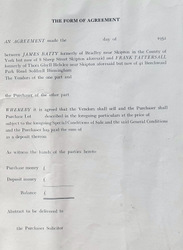 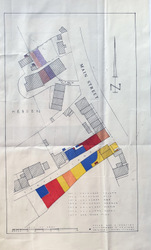