This remarkable surviver from Hebden's past, which is in the safe-keeping of Janet Stockdale, is the 1872 rule book for the Hebden Amateur Brass Band, and provides a valuable window into the social history of the village. Nothing is now known of the band apart from what this document tells us. Village bands were not uncommon at the time - many villages formed bands between the 1850s and 1870s. Hebden's dates from 1864. In those days it was necessary to make your own entertainment, and music played a leading role in that. Music was important in the church, and village concerts where individuals performed their party pieces are recorded in the Craven Herald. The village brass bands performed at local functions, and it was reported in the Craven Herald that the Hebden band performed at the opening of the village school on the 25th August 1874, and at the rearing of the Burnsall maypole in the May of the same year. It is likely that the band had disbanded by 1885, as a band from Bell Busk provided the music at the celebratory opening of the Suspension Bridge.

All but one of the eight members of the Hebden band at this time worked in the lead mining industry, either as miners or smelters, although mining only accounted for 40% of employment in the village. They were mostly family men in their 20s with an average age of 26. Today, it is difficult to envisage men who lived such hard lives being able to read music and play instruments, and having the time to commit to such an enterprise. The organisation of the band appeared to have been meticulous, and was fully funded by the members with payment of 2/6d (the equivalent of about £25 today) on joining the band, and 1d a week contribution thereafter. Instruments and music were communally owned. Discipline was strict, with rules laid down concerning behavior and the conduct of meetings, with fines for transgressors. They were probably influenced by the rules for the Star of Hope Oddfellows Lodge, of which they were probably also members. It is interesting to note that members who were sick or out of work were exempt from their weekly dues.

A potted biography of each of the members is provided below. 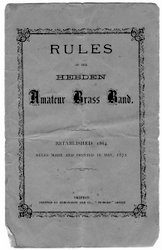 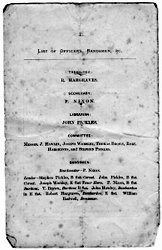 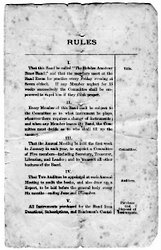 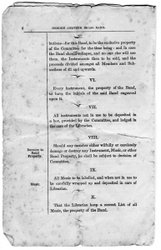 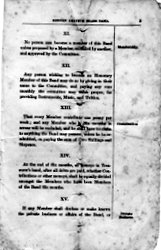 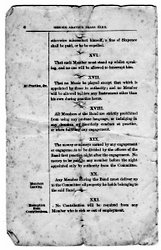 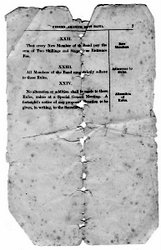 Thomas Brown: Committee Member and baritone horn in B flat.

At 33, Thomas Brown (1839-1899) was the oldest member of the band. The son of John Brown the schoolmaster, he spent most of his life as a lead miner. He married relatively late, in February 1871, to 20-year old Elizabeth Stobbs from Burnsall. Their daughter Eleanor Ann was born that April, and Elizabeth died in the August of the following year. He didn't marry again. For the last 15 years at least of his life, he was the sexton at St. Peter's Church. Eleanor married William Hebden, and died in 1908. There is a memorial to her in the churchyard.

Robert Hargreaves (1850-1919) was a lead miner at the time, aged 22. He was to become the Secretary of the Loyal Star of Hope Lodge, the Hebden branch of the Independent Order of Odd-Fellows Manchester Unity friendly society, in the 1880s, and also a co-manager of the local Penny Bank, a mutual savings bank. Born in Hartlington, he married Ellen Worsley in 1875, and had 7 children, three of whom died in infancy and four of whom attended Hebden School. He was a road contractor in 1901, and then a farmer and 'bar proprieter' in 1911. He died at the age of 69, and is buried in Hebden churchyard where there is a memorial to him and six members of his family. The bombardon instrument was a forerunner of the tuba.

John Hawley (1842-1896) was a farmer of 13 acres at the time, aged 30 and living at Scar Edge. Born in Derbyshire and raised in Burnsall, he married Eleanor Newbould in 1867, and they had three children. Eleanor died at the age of 30 in 1878, and the family moved to Great Marsden near Burnley, where John worked as a stone mason, and remarried. He came back to visit the village in 1893, when his children are recorded to having briefly attended Hebden school. He died at the age of 54, and is buried in Burnsall churchyard.

Petty Nixon: Secretary, Bandmaster and baritone horn in B flat.

Petty Nixon (1846-1898) was a lead miner at the time, aged 26. He was born in Hebden, and married Mary Ann Wigan in 1865. Six of their children attended Hebden School. In 1881 he was a lead ore smelter, but when the mines closed he moved with his family to Bingley where they worked in the textile mills. He died at the age of 51, and is buried in Linton.

John William Pickles (1846-1880) was a lead miner at the time, aged 26. Born in Grassington, he married Alice Dean Whittaker in 1869, and they had four children, including their daughter, Tabitha, who attended Hebden School. He died at the age of 33, and the family moved to Brierfield where they worked in the textile industry. He was probably the elder brother of Stephen (below).

Stephen Pickles (1848-1913) was a lead miner at the time, aged 24. He was to marry Hannah Esther Inman in 1879, with whom he had four children. By 1881 the mines had for the main closed down, and he became a waller and fencer. He died in Hebden. He was probably the younger brother of John (see above).

William Rodwell (1848-1907) was a lead miner at the time, aged 24, and had been married to Mary Waddilove for some two years. They had two sons. He professed to still being a miner in 1891, but in 1901, with the lead mining industry gone, he was a labourer at Grimworth Reservoir. He was Chapel-keeper of the Wesleyan chapel for the last 23 years of his life. It is interesting to note that he had the dubious privilege of being the only member of the band not on the committee!

Joseph Worsley (1848-1913) was a lead ore smelter at the time, aged 24. He came from a Hebden lead mining family. He married Martha Armstrong of Grassington in 1870, and they were to be married for 42 years. They had one daughter. They stayed in Hebden after the lead mining industry had died, and he was recorded as being a carrier in 1890 - an occupation he kept until his death.